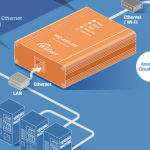 What is Azure Sphere

Microsoft announced Azure Sphere in May 2018, targeting the end node-based microcontrollers for IoT security. The two significant details were MS using Linux as the Azure Sphere OS and the 10-year guarantee of Azure Sphere OS updates and security.

Only the beta version of Azure Sphere was officially released at the time of the announcement. Despite that, the intention of MS was to jumpstart the building of an ecosystem by amplifying Azure Sphere’s position in the IoT market.

The latest version of Azure Sphere OS 20.01 was released in February 2020. (Note that users cannot revert to the older beta version once OS 20.01 is installed)

With the growth of cloud services, legacy systems that use on-premise software have attempted to add private cloud for improved security. However, due to limited data usage and control of the Local Network, the demand for integrated management of data and system operation via Global Network is growing. ASG200 will be the ideal solution for this case, providing cloud service via global network to the existing on-premise software systems.

ASG200 leverages WIZnet’s patented W5500 for the local network. W5500 contains a hardwired TCP/IP and Ethernet MAC/PHY layer, which enables the processing, analyzing, and saving of the TCP/IP layer without a software TCP/IP stack. Hence, the MCU does not need to allocate extra resources for S/W TCP/IP.

Another differentiating advantage of W5500 is that it filters the packets received via the hardwired TCP/IP layer and transfers the data to the MCU, preventing DDoS attacks that could impact the MCU performance.

ASG200 was created to help users improve the security of their local network system by adding cloud services without changing their existing network or replacing the device. This feature will be revolutionizing amid the ever-evolving IoT industry.